Welcome message from the AUMS 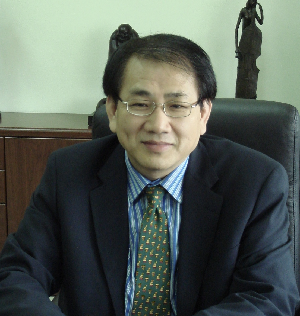 Te-ho Wu
President of the Asian Union of Magnetics Societies

On behalf of the council members of the Asian Union of Magnetics Societies (AUMS), I would like to give my warm welcome to all of you to attend the 6th IcAUMS joins with ISAMMA 2020 which is to be held at Okinawa, Japan.
It has been 11 years since the AUMS was established by China, Japan, Korea, and Taiwan magnetics societies. The aim of AUMS is to provide a platform to promote understanding and cooperation among the members of Asian magnetics societies. At present, we have six member societies, that is, Chinese Society of Magnetics Materials and Applications (CSMMA), Magnetics Society of Japan (MSJ), Korean Magnetics Society (KMS), Russian Magnetics Society (RMS), Taiwan Association for Magnetics Technology (TAMT), and Vietnam Magnetics Society. We would like to welcome all the magnetics societies of Asia region to join us. In addition, we also cooperate with the IEEE Magnetics Society and European Magnetism Association (EMA) to encourage the exchange and dissemination of technical information.
The framework of the AUMS was first discussed on July 3rd, 2007 at the 4th Asia Forum on Magnetics in Douliu, Taiwan. The AUMS agreement and first General meeting was held on October 17th, 2008 at the 5th Asian Forum on Magnetics in Beijing, China. The first forum and council meeting were held with the four initiated member societies from March 23th to March 25th, 2009 at Sendai Japan. The council meeting was held once or twice a year ever since, and has been held for 22 times.
The first IcAUMS started from 2010 in Jeju Island, Korea, and has been held for six times until this year. Besides that, this year, the IcAUMS 2020 joins with the session of International Symposium on Advanced Magnetic Materials and Applications (ISAMMA) make the conference topics even more variegated. We appreciate the Magnetics Society of Japan for hosting this wonderful event. And I hope all of you will enjoy the tremendous sessions of the conference and the beautiful scenes of Okinawa.

Te-ho Wu
President of the Asian Union of Magnetics Societies

Welcome message from the ISAMMA 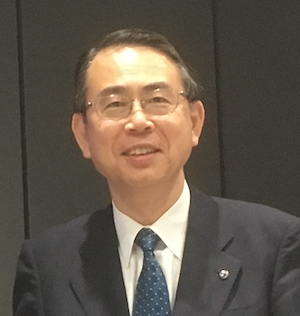 On behalf of the Steering Committee of International Symposium on Advanced Magnetic Materials and Applications (ISAMMA), it is a great pleasure to welcome you to the Joint IcAUMS-ISAMMA 2020 in Okinawa jointly with the Magnetics Society of Japan (MSJ). The purposes of ISAMMA are to bring together scientists and engineers working on magnetic materials and their applications in the world, particularly in Asia, and to facilitate the exchange of recent results and ideas.
As the origin for ISAMMA, we may go back to the International Symposium on Physics of Magnetic Materials (ISPMM) which was initiated in Japan, and the 1st symposium was held in Sendai in 1987. The ISPMM was then held in Beijing, China (2nd, 1992), Seoul, Korea (3rd, 1995), Sendai, Japan (4th, 1998), Taipei, Taiwan (5th, 2001), and Singapore (6th, 2005). In 1999, on the other hand, the International Symposium on Magnetic Materials and Applications (SOMMA) and the International Symposium of Advanced Magnetic Technologies (ISAMT) were initiated in Korea and Taiwan, respectively, and they had been making their individual activities. Because the purposes and the scopes for ISPMM, SOMMA, and ISAMT are similar to each other, the representative organizing members discussed and decided that the three symposia should be consolidated; that is ISAMMA. The 1st ISAMMA was held in Jeju, Korea in 2007, followed by 2nd in Sendai, Japan (2010), 3rd in Taichung, Taiwan (2013), and 4th in Phu Quoc, Vietnam (2017). Now we are very happy to have the 5th ISAMMA jointly with 6th IcAUMS hosted by MSJ.
I will appreciate your active participation, and enjoy IcAUMS-ISAMMA 2020 in Okinawa!

Welcome message from the MSJ 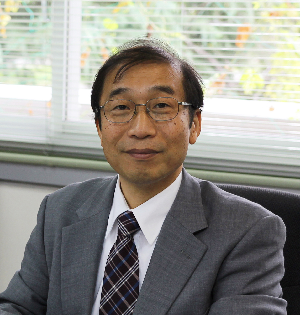 Katsuji Nakagawa
President of the Magnetics Society of Japan

On behalf of the Magnetics Society of Japan (MSJ), it is a great honor for the MSJ to host the Joint IcAUMS-ISAMMA 2020 in Okinawa. The 1st IcAUMS (International Conference of Asian Union of Magnetics Societies) was held at Jeju, Korea in 2010. The IcAUMS has been held every other year focusing on magnetics and magnetic materials by the Asian Union of Magnetics Societies (AUMS) founding member societies. International Symposium on Advanced Magnetic Materials and Applications (ISAMMA) is a bit older symposium compared to IcAUMS. ISAMMA focuses more deeply on materials and applications. This time, the MSJ will host both historical international meetings as a joint conference. Such collaboration must make the conference greatly fruitful and meaningful. Let’s learn more and make strong networks together at this conference.

Katsuji Nakagawa
President of the Magnetics Society of Japan